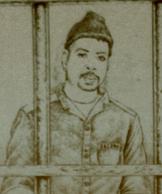 An interview with Melvin DeJesus

Q.  What is your name?
A.  My name is Melvin DeJesus

Q.  Why are you in prison?
A.  I am in prison for the first degree murder conviction in the death of Margaret Midkiff.

Q.  When will you be released?
A.  The courts have sentenced me to life without the possibility of parole.

Q.  How long have you been incarcerated?
A.  I have been in prison for approximately sixteen (16) years.

Q.  How old were you when you were arrested?
A.  I was arrested when I was 24 years old.

Q.  Did you commit this crime, or were you involved in any way?
A.  No, I never committed, nor did I participate in anyway.

Q.  Why were you convicted of this crime, and was there any evidence against you or your brother?
A.  The court convicted us on the word of Brandon Gohagen.  He was the prosecutor's main witness and the owner of the "semen" that linked him to the crime.  Furthermore, there is absolutely no physical evidence connecting us (DeJesus brothers) to this crime.

Q.  Where is Gohagen now?
A.  He is serving a 35-year sentence within the Michigan Department of Corrections.

Q.  Have you appealed your conviction?
A.  Yes.  I have been through every step in the appeal process without success.

Q.  Can you prove that you are innocent?
A.  Yes, my family hired the help of a forensic specialist by the name of Dr. Werner Spitz to review our entire case.  Dr. Spitz issued an affidavit disputing the States' theory, which proves Mr. Gohagen's story to be false.  Also, the prosecution withheld half of Brandon Gohagen's 1995 statement at trial;   His 1995 statement stated Mr. Gohagen didn't know anything about the case, but two other guys committed the crime.  Had his complete statement been presented at trial the outcome would have been presented at trial the outcome would have been different.  Mr. Gohagen's 1996 statement was the only evidence in which the prosecutor had to link the DeJesus' brothers to the crime.

Q.  Have you contacted any Innocence Projects?
A.  Yes, I have wrote several Innocence Projects and Organization's across the country in our plight for Freedom.  The Michigan Innocence Clinic is currently reviewing our case and it has been roughly over three years since the submission of the application.

Q.  How has this affected your relationships with friends and family?
A.  Words can really not explain the hurt inside of me for these years I've had to spend away from my family for a crime we didn't commit.  My family has spent their "life-savings" and I don't know how I could even pay them back.  The most important person who took a loss was my daughter.  I was arrested in the hospital the night she was being born.  This has been a horrifying nightmare that I hope to wake-up from soon.

Q.  What have you accomplished while in prison?
A.  I spent the first year in prison getting my G.E.D.  Some years down the road, I received a certificate in Horticulture.  I am currently enrolled at the University of Idaho and plan to receive an Associate of Arts degree with Business emphasis.

Q.  What are your plans once released from prison?
A.  The day I am released, I plan to spend quality time with my family and most importantly, my daughter.  I will go back to school and receive a four-year degree.  I also plan on getting a job and help support my daughter in any fashion possible.  My parents are getting old and I would love to be afforded the chance to come home and lessen their burdens.   I really want to get to know my family again, outside of these prison gates.