On July 11, 1995, Margaret Midkiff was found raped and murdered in the basement of her family home.  It sent shock waves throughout the close-knit community of Pontiac's north side.  Oakland County Sheriff's Department launched an extensive investigation regarding her murder.  Members of the community were questioned and everyone voluntarily offered what assistance they could to help solve this heinous crime.

Melvin and George DeJesus had been neighbors and friends of Margaret and her family since they were kids.  With the brothers' reputation of being in a gang and criminal record (receiving and concealing stolen property), they, along with several other men, quickly became "persons of interest."   Word later spread via Oakland County Sheriff's Department that Melvin and George DeJesus and some known associates were suspects in Margaret's murder.  On November 10, 1995, search warrants were issued to collect blood, saliva, shoes, hair samples and fingerprints.  The warrants named five (5) young men, including Melvin and George DeJesus.  DNA test results and other evidence revealed that all the men tested were not the perpetrators of the crime, with the exception of a man named Brandon Gohagen.

Gohagen's DNA was a match to semen found at the crime scene.  Gohagen fled from authorities.  Due to several tips, he was apprehended in Florida.  Faced with the evidence against him, Gohagen subsequently confessed to raping Margaret, however, in a bizarre twist, he denied killing her.  In an effort to save himself from spending the rest of his natural life in prison, Gohagen claimed the rape was his only involvement in the crime and that Melvin and George murdered Margaret.

Authorities had no physical evidence connecting Melvin and George to the crime.  In addition, the brothers had alibi witnesses.  Although Gohagen's confession was not supported by evidence, the brothers were charged and convicted in a trial by jury for the rape and murder of Margaret Midkiff.  They were sentenced to a mandatory life sentence in prison without the possibility of parole.

During trial, it was revealed through court records that Gohagen had a prior conviction and a sorted history of rape and abuse towards women.  Melvin and George DeJesus were victims of fabricated testimony from a morbid serial rapist turned cold blooded murderer, who had taken the innocent life of Margaret Midkiff.  Once confronted with DNA results, Gohagen fled from authorities and when apprehended, then shifted the blame to Melvin and George to escape justice.

For the past 15 years, Melvin and George DeJesus continue to maintain their innocence.  They even incorporated the aid of noted forensic pathologist, Dr. Werner Spitz, who disputed the prosecution's  theory that the brothers' repeated kicks to the head of Margaret caused her injuries.  Dr. Spitz adamantly claimed that the prosecution's theory of multiple kicks from different angles is scientifically impossible.  Dr. Spitz stated, "It was not multiple kicks but one forceful stomp."   The prosecution's theory was predicated solely upon a known rapist, Brandon Gohagen.

Reasonable minds would question why Melvin and George DeJesus with no history of violence towards women would kill someone they've known since childhood, for no apparent reason other than to hide the actions of a sick, sex-crazed maniac.  Questions like these along with the testimony of Dr. Spitz were never heard by the jury.  The brothers were simply portrayed as two Hispanics, who were alleged gang members that terrorized Oakland County.  The savage nature of Margaret's death demanded justice, however, manifested injustice was served by Brandon Gohagen's testimony.

All the facts of this cased can be found in People of the State of Michigan v. George L. DeJesus (Case # 63-97-096981-01) and Melvin DeJesus (Case #63-97-096981-02).  As of this date, the Oakland County Prosecution Office still refuses to release or try any new DNA testing on the evidence collected from the crime scene, which will ultimately prove Melvin and George DeJesus' innocence.  If there was ever a case of actual innocence, please explore the records for yourself.  Melvin and George need your help, support and dedication to help free them from this wrongful conviction.  Without your help, they will likely die in prison for a crime they did not commit.  There is also an extremely dangerous man, Brandon Gohagen, who will be released into an unsuspecting community in the coming years if this injustice is not corrected.  You cannot allow this to happen. 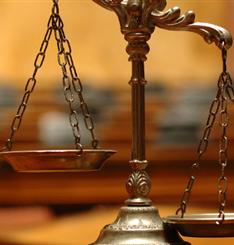